As influential and revelatory in its day as Fifty Shades of Grey is now, Anais Nin’s Delta of Venus is a groundbreaking anthology of erotic short stories, published in Penguin Modern Classics In Delta of Venus Anais Nin conjures up a glittering cascade of sexual encounters. Creating her own ‘language of the senses’, she explores an area that was previously the domain of male writers and brings to it her own unique perceptions. Her vibrant and impassioned prose evokes the essence of female sexuality in a world where only love has meaning. This edition includes a preface adapted from Anais Nin’s diary that establishes a context for the work’s gestation, and a postscript to her diary entries in which she explains her desire to use ‘women’s language, seeing sexual experience from a woman’s point of view’. Anais Nin (1903-1977), born in Paris, was the daughter of a Franco-Danish singer and a Cuban pianist. Her first book – a defence of D. H. Lawrence – was published in the 1930s. Her prose poem, House of Incest (1936) was followed by the collection of three novellas, collected as Winter of Artifice (1939). In the 1940s she began to write erotica for an anonymous client, and these pieces are collected in Delta of Venus and Little Birds (both published posthumously). During her later years Anais Nin lectured frequently at universities throughout the USA, in 1974 and was elected to the United States National Institute of Arts and Letters. If you enjoyed Delta of Venus, you might like Stephen Vizinczey’s In Praise of Older Women, also available in Penguin Modern Classics. ‘Anais Nin excites male readers and incites female readers … and she comes against life with a vital artistry and boldness’ The New York Times Book Review 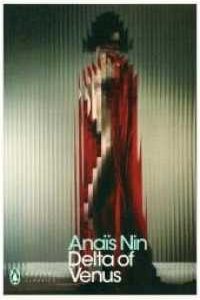 You're viewing: Delta of Venus RM54.95
Add to cart
Join Waitlist We'll alert you as soon as the product comes back in stock! Please leave your email address and quantity sought in the fields below.