From #1 New York Times bestselling author Neil Gaiman, a critically acclaimed novel for readers of all ages in which a young girl discovers a passage to a world eerily similar yet darkly different from her ownone of ten classic Gaiman works repackaged with elegant original watercolor art by acclaimed artist Henry Sene Yee

One of the most truly frightening books ever written.New York Times

While exploring her new home, a young girl named Coraline unlocks a door to reveal a hidden passage. Intrigued, she ventures deep into a mysterious mirror realm, a world eerily similar yet darkly different from her own. Before long, the miraculous turns sinister, and Coraline must use her wits and courage to save herselfand the other trapped souls she finds along the way.

Filled with enchantments and terrors alike, this winner of the Hugo, Nebula, and Bram Stoker Awards is a dazzling feat of imagination from a modern literary master. 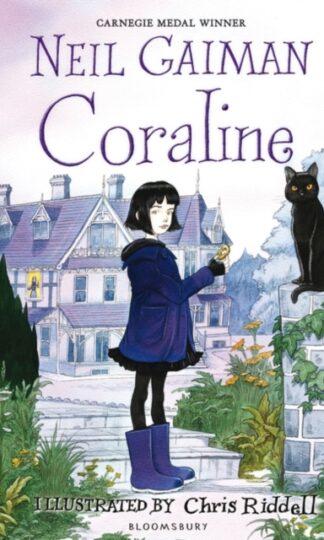 You're viewing: Coraline RM47.90
Add to cart
Join Waitlist We'll alert you as soon as the product comes back in stock! Please leave your email address and quantity sought in the fields below.