Confessions of a Mask

The story of a man coming to terms with his homosexuality in traditional Japanese society has become a modern classic.

Confessions of a Mask tells the story of Kochan, an adolescent boy tormented by his burgeoning attraction to men: he wants to be “normal.” Kochan is meek-bodied, and unable to participate in the more athletic activities of his classmates. He begins to notice his growing attraction to some of the boys in his class, particularly the pubescent body of his friend Omi. To hide his homosexuality, he courts a woman, Sonoko, but this exacerbates his feelings for men. As news of the War reaches Tokyo, Kochan considers the fate of Japan and his place within its deeply rooted propriety.

Confessions of a Mask reflects Mishima’s own coming of age in post-war Japan. Its publication in English―praised by Gore Vidal, James Baldwin, and Christopher Isherwood― propelled the young Yukio Mishima to international fame. 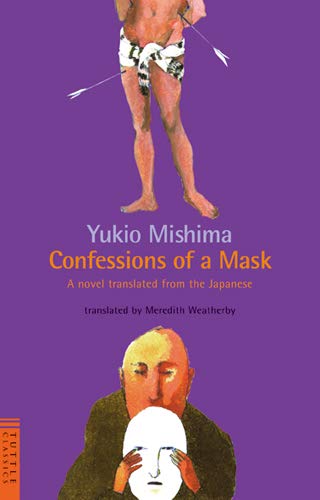 You're viewing: Confessions of a Mask RM50.00
Add to cart
Join Waitlist We'll alert you as soon as the product comes back in stock! Please leave your email address and quantity sought in the fields below.