Here for the first time is the complete short fiction of one of the 20th century’s greatest writers. More than half of Vonnegut’s output was short fiction, and never before has the world had occasion to wrestle with it all together. Organised thematically – War, Women, Science, Romance, Work Ethic v. Fame and Fortune, Behaviour, The Band Director (those stories featuring Lincoln High’s band director and nice guy, George Hemholtz), and Futuristic – these 97 stories were written over a lifetime, from 1941 to 2007, and include those published during Vonnegut’s lifetime in magazines and collected in Welcome to the Monkey House, Bagombo Snuff Box, and other books; those published posthumously; and, here for the first time, five previously unpublished stories as well as a handful of others that were published online only and read by few. Vonnegut published only about half of the stories he wrote, his agent telling him in 1958 upon the rejection of a particularly strong story, “Save it for the collection of your works which will be published someday when you become famous. Which may take a little time.” 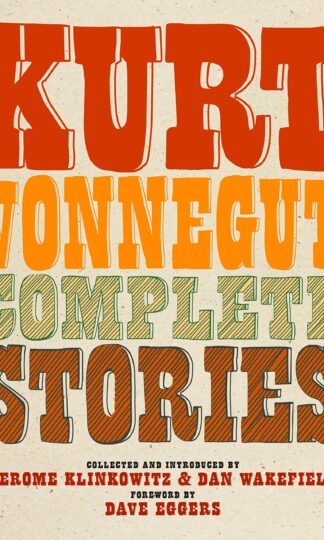 You're viewing: Kurt Vonnegut Complete Stories RM212.90
Add to cart
Join Waitlist We'll alert you as soon as the product comes back in stock! Please leave your email address and quantity sought in the fields below.