This book is the result of a dilemma; whether or not to publish second editions of two earlier books, Penang under the East India Company 1786-1857 and Penang at War 1914-1946. The ﬁrst book had long been out of print and the second was coming to the end of its natural life.

Between the two, and with some fresh components, a useful overview of the British colonial engagement with Penang from beginning to end was feasible. The new book also began to develop its own dynamic— particularly for those new subjects such as the Brown family, demographics and opium, that transcended the years of British control. Thus this book is a hybrid, born of earlier work, with a uniqueness and integrity of its own. This is a book about the colonial era written from a British perspective. It does not claim to offer a comprehensive history of Penang—the diversity of experience and engagement there by so many,y different races and communities makes such an ambition implausible, and certainly well beyond the writer’s linguistic and intellectual abilities. It is hoped that this book can make a contribution to ‘accessible history’—written and presented in a style which allows newcomers to the subject to gain some understanding of the dynamics of the colonial era while staying as true as can be to the writer’s understanding of the historic record. 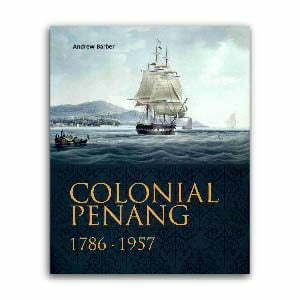 You're viewing: Colonial Penang RM90.00
Add to cart
Join Waitlist We'll alert you as soon as the product comes back in stock! Please leave your email address and quantity sought in the fields below.