For the first time: the Nobel Prize winner’s stunning short fiction collected in one volume, with an introduction by the author.

Over the course of his distinguished career, V. S. Naipaul has written a remarkable array of short fiction that moves from Trinidad to London to Africa. Here are the stories from his Somerset Maugham Award–winning Miguel Street, in which he takes us into a derelict corner of Trinidad’s capital to meet, among others, Man-Man, who goes from running for public office to staging his own crucifixion. The tales in A Flag on the Island, meanwhile, roam from a Chinese bakery in Trinidad to a rooming house in London. And in the celebrated title story from the Booker Prize– winning In a Free State, an English couple traveling in an unnamed African country discover, under a veneer of civilization, a landscape of squalor and ethnic bloodletting.

No writer has rendered our postcolonial world more acutely or prophetically than V. S. Naipaul, or given its upheavals such a hauntingly human face. 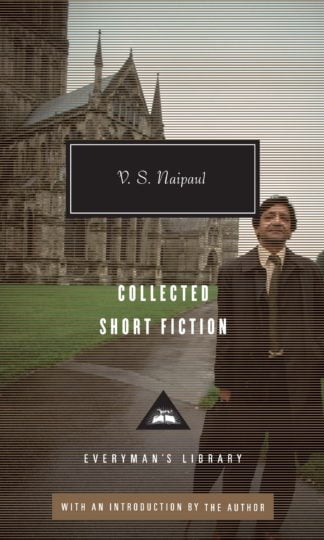 You're viewing: V. S. Naipul Collected Short Fiction RM117.50
Add to cart
Join Waitlist We'll alert you as soon as the product comes back in stock! Please leave your email address and quantity sought in the fields below.