“I haven’t been able to put this down! It’s such a great read and contains so much! Politics and religion, the birth of an artistic sensibility, the rise of global trade, sassy women, fascinating and original characters.” ― Alison Finch, BBC Radio 4

“Cathedral is a brilliantly organised mess of great, great characters. It is fascinating, fun, and gripping to the very end.” ― Roddy Doyle

A sweeping story about obsession, mysticism, art, and earthly desire.

At the centre of this story, is the Cathedral. Its design and construction in the 12th and 13th centuries in the fictional town of Hagenburg unites a vast array of unforgettable characters whose fortunes are inseparable from the shifting political factions and economic interests vying for supremacy. From the bishop to his treasurer to local merchants and lowly stonecutters, everyone, even the town’s Jewish denizens, is implicated and affected by the slow rise of Hagenburg’s Cathedral, which in no way enforces morality or charity.

Around this narrative core, Ben Hopkins has constructed his own monumental edifice, a choral novel that is rich with the vicissitudes of mercantilism, politics, religion, and human enterprise. Ambitious, immersive, a remarkable feat of imagination, Cathedral deftly combines historical fiction, the literary novel of ideas, and a tale of adventure and intrigue.

Fans of authors like Umberto Eco, Elif Shafak, Hilary Mantel, Ken Follett and Jose Saramago will delight at the atmosphere, the beautiful prose, and the vivid characters of Ben Hopkins’s Cathedral. 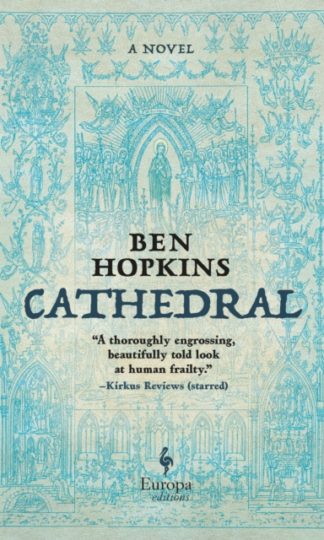 You're viewing: Cathedral: A Novel RM99.90
Add to cart
Join Waitlist We'll alert you as soon as the product comes back in stock! Please leave your email address and quantity sought in the fields below.