“The best, the original, the seminal” Mail on Sunday

Bridget Jones’s Diary turns 25 in 2021. Winner of the 1997 British Book of the Year, and named by the Guardian as one of the ten books which best defines the 20th Century, the book has gone on to become a multi-million copy selling international phenomenon, spawning three blockbuster movies, a whole new literary genre, a lexicon of ‘smug marrieds’, ‘singletons’, ‘emotional f***wittage’ and ‘mummy pants’, and the familiar cry of ‘I am Bridget Jones’.

This special bumper anniversary compendium also features an introduction and commentary from Helen Fielding, and over 100 pages of rare material taken from 25 years of her writing, including: 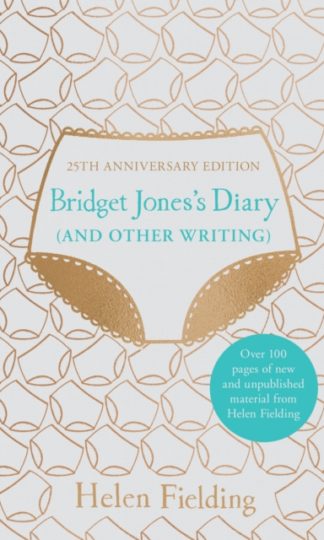 You're viewing: Bridget Jones’s Diary (And Other Writing): 25th Anniversary Edition RM89.90
Add to cart
Join Waitlist We'll alert you as soon as the product comes back in stock! Please leave your email address and quantity sought in the fields below.