Both Flesh And Not

Beloved for his epic agony, brilliantly discerning eye, and hilarious and constantly self-questioning tone, David Foster Wallace was heralded by both critics and fans as the voice of a generation. BOTH FLESH AND NOT gathers 15 essays never published in book form, including “Federer Both Flesh and Not,” considered by many to be his nonfiction masterpiece; “The (As it Were) Seminal Importance of “Terminator 2,” which deftly dissects James Cameron’s blockbuster; and “Fictional Futures and the Conspicuously Young,” an examination of television’s effect on a new generation of writers. 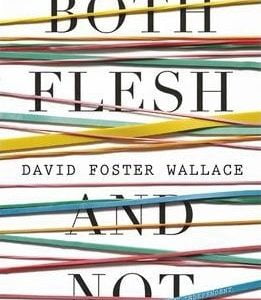 You're viewing: Both Flesh And Not RM55.90
Add to cart
Join Waitlist We'll alert you as soon as the product comes back in stock! Please leave your email address and quantity sought in the fields below.