Harald Voetmann’s eye-opening English debut, Awake, is the first book of his erudite and grotesque trilogy about humankind’s inhuman will to conquer natureIn a shuttered bedroom in ancient Italy, the sleepless Pliny the Elder lies in bed obsessively dictating new chapters of his Natural History to his slave Diocles. Wheezing, imperious, and prone to nosebleeds, Pliny doesn’t believe in spending his evenings in repose. No – to be awake is to be alive.

There’s no time to waste if he is to classify every element of the natural world in a single work. By day, Pliny the Elder carries out his civic duties and gives the occasional disastrous public reading. But despite his astonishing ambition to catalogue everything from precious metals to the moon, Pliny the Elder still takes pleasure in the common rose.

Awake is a comic delight about one of history’s great minds and the not-so-great human body it was housed in. 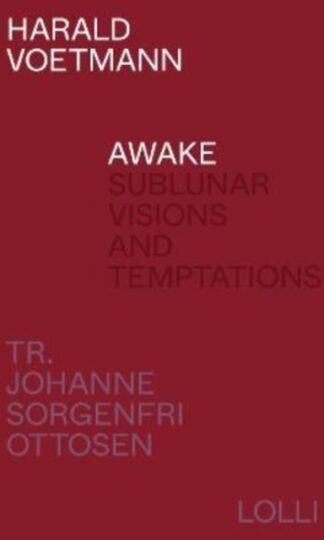 You're viewing: Awake RM79.90
Add to cart
Join Waitlist We'll alert you as soon as the product comes back in stock! Please leave your email address and quantity sought in the fields below.