The Emissary meets The Curious Incident of the Dog in the Nighttime in this poignant and triumphant story about how love, friendship, and persistence can change a life forever.

This story is, in short, about a monster meeting another monster. One of the monsters is me.

Yunjae was born with a brain condition called Alexithymia that makes it hard for him to feel emotions like fear or anger. He does not have friends—the two almond-shaped neurons located deep in his brain have seen to that—but his devoted mother and grandmother provide him with a safe and content life. Their little home above his mother’s used bookstore is decorated with colorful Post-it notes that remind him when to smile, when to say “thank you,” and when to laugh.

Then on Christmas Eve—Yunjae’s sixteenth birthday—everything changes. A shocking act of random violence shatters his world, leaving him alone and on his own. Struggling to cope with his loss, Yunjae retreats into silent isolation, until troubled teenager Gon arrives at his school, and they develop a surprising bond.

As Yunjae begins to open his life to new people—including a girl at school—something slowly changes inside him. And when Gon suddenly finds his life at risk, Yunjae will have the chance to step outside of every comfort zone he has created to perhaps become the hero he never thought he would be.

Readers of Wonder by R.J. Palaccio and Ginny Moon by Benjamin Ludwig will appreciate this “resonant” story that “gives Yunjae the courage to claim an entirely different story.” (Booklist, starred review)

Translated from the Korean by Sandy Joosun Lee. 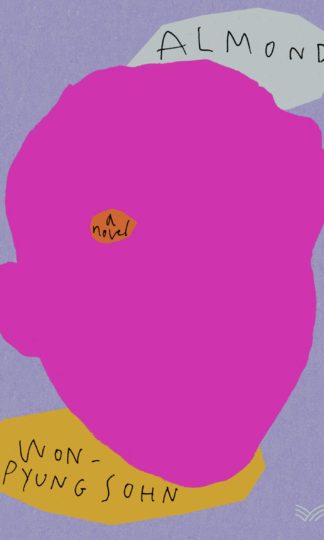 You're viewing: Almond RM54.95
Add to cart
Join Waitlist We'll alert you as soon as the product comes back in stock! Please leave your email address and quantity sought in the fields below.