A Short History of Spaghetti with Tomato Sauce

Did Marco Polo bring pasta back from China, or is that a myth? How did the Neapolitan “macharoni” turn into the ubiquitous spaghetti?Is it even an Italian dish? Hundreds of shapes and thousands of recipes give expression to the culture and products of the country’s regions. But spaghetti with tomato sauce remains Italy’s identity dish par excellence. Massimo Montanari goes in search of the dish’s true origins, tracing its history along the multiple, intricate routes taken by its raw ingredients to merge and become a distinctive element of culinary tradition.

It took almost two thousand years and input from the Far East, the Arabic world, and the Americas, for the dish to take centre stage. Its development is the result of chance encounters, unplanned exchanges, and unpredictable intersections. As we dig in search of spaghetti’s origins, we find its strands wrap right around the world. 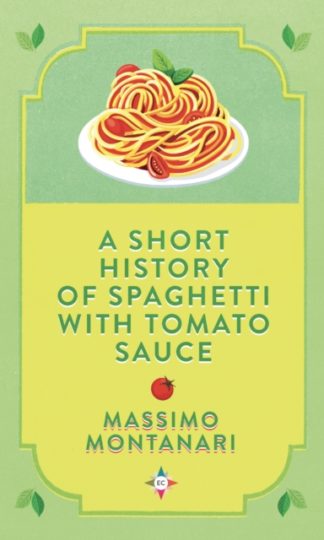 You're viewing: A Short History of Spaghetti with Tomato Sauce RM60.90
Add to cart
Join Waitlist We'll alert you as soon as the product comes back in stock! Please leave your email address and quantity sought in the fields below.