“Another day, another egg,” said a big white hen with grey specks on her underside as her large brown egg rolled into the padded wire egg catch. “Three hundred and sixty-five days, three hundred and sixty-five eggs,” said the oldest hen. The hens at Mr Chan’s farm decided it’s time to take a day off. So they hatched a plan with the accidental help of the proud rooster.

Lim Soon Heng is an actor, storyteller, a graduate in English with MAs from Brigham Young University and Duke University in the United States. While he has taught language and literature classes, written and edited for newspapers and magazines, helped develop and create mobile content, produced radio programmes, facilitated theatre workshops, participated in writing competitions, his main passion is performing on stage. A journey which started many, many years ago when he was about the age of the intended reader of this illustrated book. He hopes to further develop A Hen- Made Tale into a stage production. Imagine, singing-dancing-and-highkicking egg-laying hens. He likes to invite you to be a part of this journey. Stay informed via his theatre-in-education traveling troupe’s Facebook page:

Tang Yeok Khang, a multidisciplinary visual artist and designer, has been practicing his craft for over 27 years. His works are present in books, malls, theme parks, outdoor architectural structures, including a public digital library, and a museum for a heritage property. His paintings hang in the Malaysia National Visual Art Gallery, Penang State Art Gallery, Galeri Petronas, United Overseas Bank, among others. At the time of printing, he was working on a heritage interpretation project – for the Victorian Government Tourism Executive, Australia – on goldmining in that state. He injected visual humour into A Hen-Made Tale. The story, he said, made him think “of people living in small, frustration-inducing spaces” who sometimes contemplate escape but are afraid of stepping outside their comfort zone. Tang expressed that he loved to endow such characters with humour and optimism. 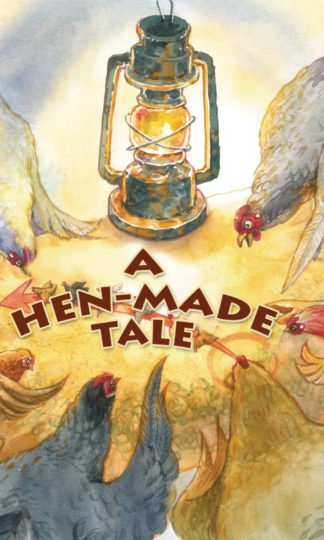 You're viewing: A Hen-Made Tale (Signed Edition) RM35.00
Add to cart
Join Waitlist We'll alert you as soon as the product comes back in stock! Please leave your email address and quantity sought in the fields below.