War brought them together, a secret love tore them apart…

The Iyers’ and the Tans’ tranquil lives are shattered with the Japanese invasion of Malaya, and an unthinkable betrayal forces both families into a treacherous game of resistance and survival.

Juxtaposed against this wartime saga of two Malayan families is a modern-day forbidden love story between their descendants. As the third generation navigates work, love and relationships, their secret affair challenges traditional Brahmin beliefs and threatens to destroy an age old friendship.

Can past betrayals be forgiven and will the new generation find the strength to move beyond their families’ long-buried pain?

Viji Krishnamoorthy’s sweeping debut novel deftly weaves together vibrant fiction and meticulous research on the heroic exploits of Malayan wartime heroes – Sybil Kathigasu, Gurchan Singh and many others – who fearlessly fought for their beloved country. 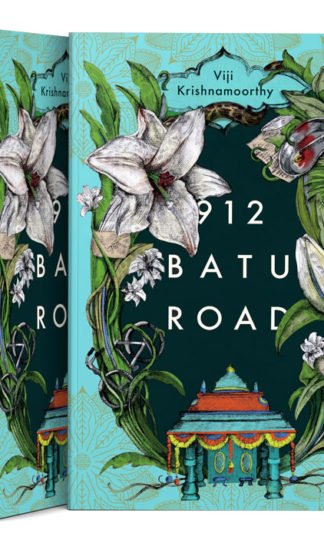 You're viewing: 912 Batu Road RM39.00
Add to cart
Join Waitlist We'll alert you as soon as the product comes back in stock! Please leave your email address and quantity sought in the fields below.