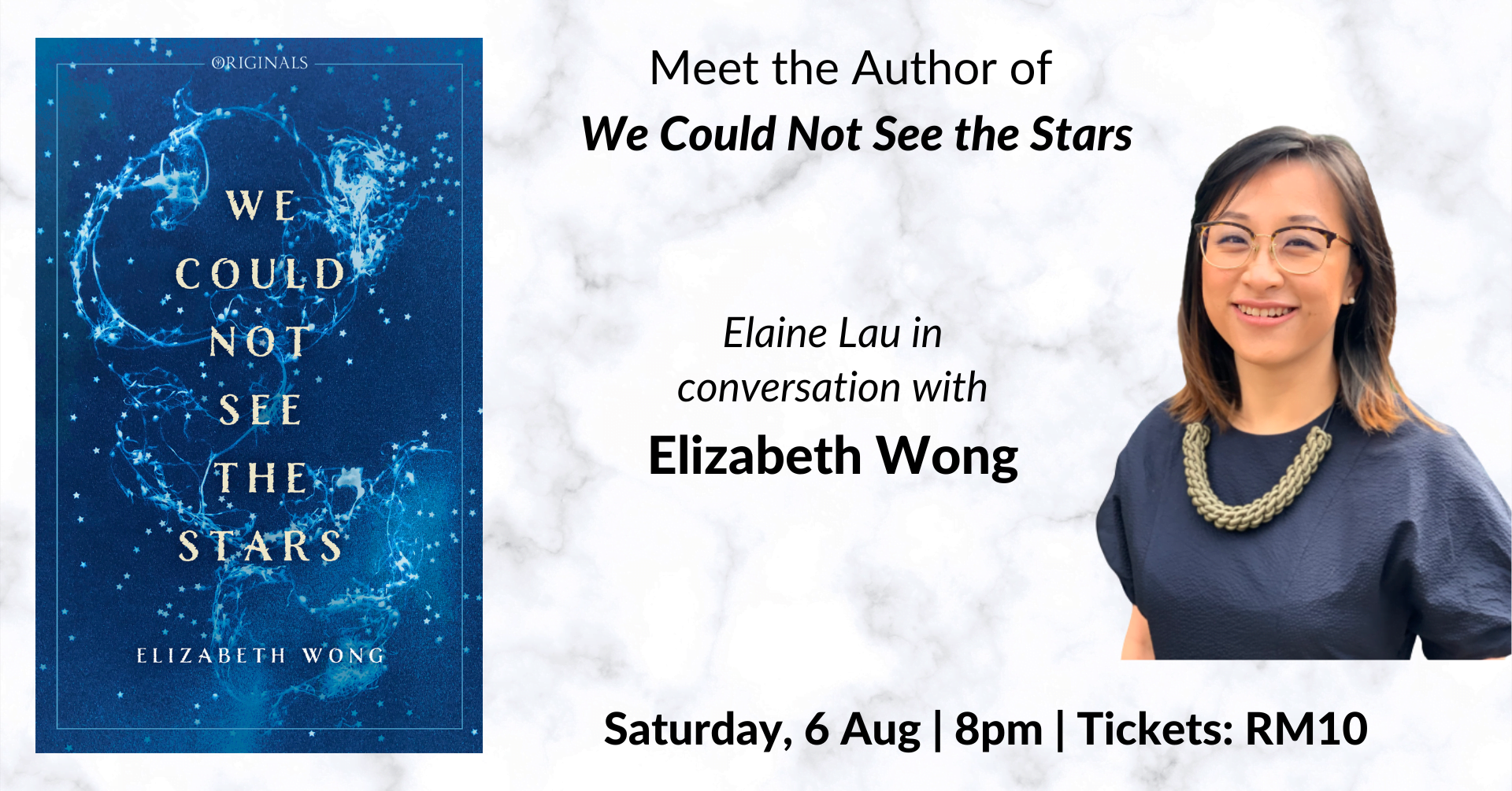 About the book:
Han’s uneventful life in a sleepy fishing village is disturbed when a strange man arrives, asking questions about Han’s mother. Han doesn’t trust Mr Ng, but his cousin Chong Meng is impressed with the stories of his travels and tales of a golden tower. Together they steal the only thing Han has left to remember his mother by, before disappearing.

About the author:
Elizabeth Wong is a Malaysian author and geologist. She grew up in Kuala Lumpur. Liz is interested in stories of Malaysia and also of this large world we live in—deserts, seas, rocks. Her debut novel, “We Could Not See The Stars,” is published by John Murray Press / Hachette, and was longlisted for the Bath Novel Award and Lucy Cavendish Prize. She has degrees in Geology and English from Yale University and Imperial College London. Liz lives in London with her husband and two children. Find her at theelizabethwong.com.