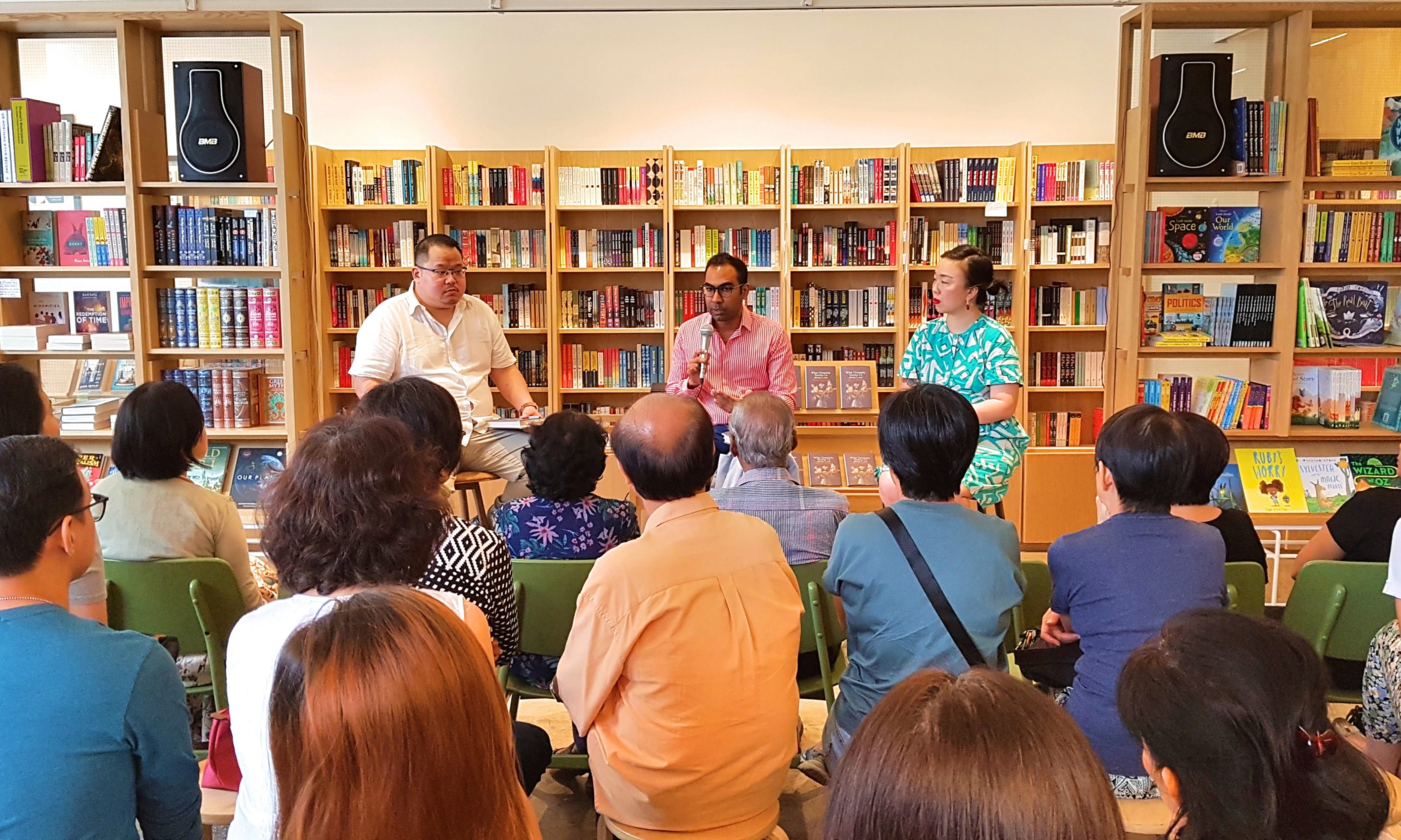 Few things in life are as heartbreaking as bearing witness to the steady decline of a loved one. It is particularly tragic when the decline pertains directly to that sense of self and identity which makes a person distinctive, special and, perhaps more importantly, makes them the unique individual that we have come to care and love over a lifetime. But this is precisely the area in which dementia — described as the disease of the century — affects.

It is a great irony of our age that the medical technologies and breakthroughs of the day have done so much to prolong and extend life, and yet it is precisely because of this extension that cases of dementia have been increasing. Though the exact cause of dementia has yet to be determined, there is a definite and observable correlation between dementia and old age, which raises the spectre of new challenges for countries such as Malaysia where average life expectancy is on the rise.

In her recently published book, What Dementia Teaches Us About Love, Nicci Gerrard provides a comprehensive account of how dementia affects us — as patients, caregivers, society — and the challenges that exist now and in the future in coping with a growing number of dementia sufferers. Having lost her own father to the disease, Gerrard’s book is a moving account of personal tragedy but also explores important philosophical questions such as the meaning of self, and what it means to live a meaningful life.

At Lit Books, we were inundated with readers who reported their own challenges of living with or interacting dementia patients, and who picked up Gerrard’s book in search of information, perspective or perhaps just to locate a shared experience — caring for a dementia patient can be a lonely undertaking. In view of this great interest in the subject matter, we invited Dr Rishikesan Kuppusamy, consultant neurologist at Pantai Hospital Kuala Lumpur, and BFM89.9 presenter Lee Chwi Lynn to talk about the book and on dementia in general at a public panel discussion held in our shop recently. Edited excerpts from the discussion is reproduced below. The podcast will be available on BFM89.9 sometime in September.

Lee Chwi Lynn: Doctor, can you take us through the definition of dementia?
Dr Rishi: Dementia is a syndrome. It’s like a fever — you could have fever because of an infection, because of cancer — so dementia is just an umbrella term. What it essentially means is it’s a chronic condition and it’s degenerative — that means it will progress over months and years, resulting in loss of memory, although memory is just a small subsidiary of this. It also involves losing the ability to carry out your day-to-day tasks, things you’ve already learnt, things you’re already good at: driving, cooking, managing your finances. That’s what dementia roughly means.

Everyone has had the experience of leaving their house and thinking, ‘Did I lock the door, did I switch off the iron, did I do these things.’ At what point in these little flickers does somebody need to consider to go see a doctor?
Dr Rishi: If you’re losing your keys, you forget where you parked your car, you should just tell yourself what I tell myself every day: You’re fine. That’s normal. The fact is that this disease makes you completely oblivious that you are losing it. It’s usually the people around you who will say something is off — you’re embarrassing yourself or you’re making cock-ups which are atypical of yourself. We’re not talking about forgetting where you parked your car because you know you forgot where your car is. These are people who didn’t even know they brought their car and they have problems with managing space, parking, and so on. The involvement here is not just one isolated thing like forgetting your keys; it’s a multi-factorial domain.

The book deals with this question of identity. At what point does someone not become themselves anymore? A little bit of a philosophical question for you, but what is the self?
Dr Rishi: In dementia, there is a gradual evolution of change because the disease is multifaceted. It’s not just the component of memory, but losing executive function, which is loss of ability to carry out an already learned skill. You have these inhibitive values — for example you used to be someone who’s very quiet and someone who likes to listen but now you’re the loudest one in the room. Bit by bit you start becoming somebody else. I think this is a very abstract point. But the truth is it’s difficult and the system doesn’t really recognise this because we identify you by name, by IC number, by your fingerprints and your signature. We have a system that’s built for that but we are lost when it comes to this.

Min Hun: The book offers two very good views on what the self is. On one hand you have those who say the self is no longer the self if you sever all connections with people around you. If I can no longer be a son, or a husband or employer, then I am no longer myself because I can only define myself in relation to another person.

But then there’s also another perspective that no matter how you change, you’re still you. We’re not the same people we were 20 years ago; we are changing all the time. It’s just that the change is more gradual. But do I now say I’m not me because I’m not the same me that I was 20 years ago? That second idea of the self is talked about in some detail in this book and you find that these people who believe that even though they have changed, even though they might be suffering from dementia and they are no longer the same person they were before, they actually live fairly full lives: they actively go out and do things in the community. Yes, perhaps not in the same capacity as they did before, but in their new capacities. I think what’s interesting though especially within a Malaysian context is at what point do we recognise or say that you no longer have the power to decide because you’re no longer able to.

Min Hun thanks for getting us there because I wasn’t asking tricky philosophical questions for fun. It was leading to this point about being able to grant permission. In the medical fraternity, the patient’s right to choose is a huge thing. In a situation where you’re dealing with somebody who has loss of certain levels of identity and faculty, what options are there for people to make decisions ahead of time? How much does that respect the patient’s ability and right to change as well?
Dr Rishi: We call this an advance directive, that means you sign a note with your closest family members present or your legal counsel stating very clearly that in case of medical emergencies you do not want to be resuscitated. This is on a pretext that you already have a bad condition… or for whatever reason there’s a car accident or something sudden that requires certain things to be done. You’re very clear on what should be done, where the line has to be drawn.

The thing about dementia, it is a slow continuous progressing condition. If you make this advance directive in January, how sure are you in July that you won’t change your mind? This is where the problem is; it’s not so clear-cut. From a medical perspective, patients are given the liberty to make advance directives but it’s very clear that it’s for acute medical situations and not for long-term conditions where the outcome is variable and there may be issues with patients changing their minds.

Ideally, the patient has decided for himself and the family is on the same page with the patient. But this is a taboo topic here. We rarely have patients talking to their kids and saying, ‘Hey if this happens, I think it’s only right that you let me go.’ It’s not within our culture to talk about that. These are the challenges.

The irony is that advance directives are also for the benefit of the family. I’m curious whether there are specific things that are unique to our Asian culture when it comes to care-giving with our notions of filial piety, which is a very important value to us.
Dr Rishi: I don’t think it’s fair to say it’s Asian values and that’s why we are going to give our parents more. I’ve been hammered for saying this. In the western world they’ve got their own rationale, how they approach things. It’s not due to a lack of love. The system works differently. The social support allows them to do what they are doing now. The social support system here doesn’t allow you to engage an institution or a home close-by to the hospital where dad or mom were admitted. And here we have a stigma concerning nursing homes. But it’s not necessarily true; some of them are run very well. But the perception that a lot of people have is that if I send my folks to a nursing home, I’m letting them down. Sometimes you’re doing them a service because they are allowed to engage with people, activities are being done, health issues are being attended to faster. Maybe we are in denial because we feel that we have to just hold on to this value system where I care for you like you care for me but you may be giving less than what the home can provide. We have to be more open about this.

In the book there is a focus on the language we use when we talk to old people in general, people with dementia, things like not calling everyone ‘my dear’ but instead using their names, and not referring to putting someone in a home as if that person were no longer a person but an object. I’m curious, doctor, how important is language when you are talking to patients?
Dr Rishi: I don’t think this is just a medical issue; it’s an issue that encompasses all facets of life. If your neighbour was Mr Nathan, it should always be Mr Nathan even if he has now become less of what he was before — we honour what he was before by still calling him Mr Nathan. That’s the human element to medical care. He may not be able to express his thoughts in the most rational fashion but he was somebody and he still is somebody. It’s also like dealing with children in school. Just because they express something which is not typical, it’s not fair that we label it as different. That’s why I say this is not just a pure medical thing; it’s across the board. You respect each other’s presence — don’t rob someone of their identity just because they are going through some trouble. The whole idea of dementia care is until the last day he is with us, everything should be done to preserve his dignity.

What Dementia Teaches Us About Love is available in-store at RM98.90.