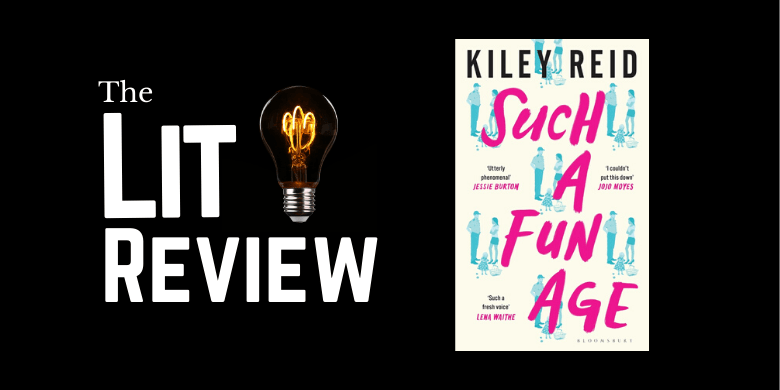 Such a Fun Age is Kiley Reid’s debut novel which has drawn much admiration for its witty and sharp observations of modern life couched in fluent and pacey prose. The novel’s protagonist is Emira Tucker, a 20-something black babysitter fresh out of college with little direction and limited means to orient herself. Unlike her group of more successful friends—one of whom is a medical professional and another an upwardly-mobile business executive—Emira depends on her babysitting gig to make ends meet. While her well-off white employers, Alix and Peter, are generous enough to remunerate her above scale, Emira is aware that her situation is neither sustainable nor desirable (although that doesn’t stop her from buying a leather jacket when she comes into some money unexpectedly later on).

Events are set into motion when she is accosted one evening at an upscale grocery store by a security guard caught in the throes of white paranoia. Tasked by Alix to take two-year old Briar out from the house late one evening, Emira is accused by the security guard, on the word of a too-good Samaritan, of kidnapping her young ward. After a brief but heated confrontation reminiscent of the many #WhileBlack episodes that made the rounds on the internet this past year, Peter, the girl’s father, arrives to defuse the situation but the damage is done.

The Grocery Store Incident (GSI) will be a pivotal moment for several characters in the novel (incidentally all white) but, and this is not without a little irony, not for Emira who’s too busy trying to make rent and eat. Characters notably affected by the GSI are:

Alix and Kelley become increasingly involved in Emira’s life, constructing a narrative for her that becomes stifling and unwelcome particularly when Alix resorts to cunning means to manipulate her sitter. Emira, who has no interest in being a martyr and is bound to Alix only by her affection for Briar, finds the growing attention and the high-handed approaches of both Alix and Kelley unbearable, and things come to a head. Neither Alix nor Kelley are malicious, of course, and they both demonstrate genuine concern for Emira’s well-being. However, it becomes problematic when the two of them start seeing Emira as an extension of themselves rather than who she really is.

Gushing reviewers have compared Reid’s Such a Fun Age to the novels of the other young, virtuoso writer, Sally Rooney. Central to the two writers is the way they impute meaning to millennial life which is often unfairly depicted as shallow and trivial. But Reid, as with Rooney, writes sympathetically of the unique challenges of modern life, which in her case is the hyper-aware, hyper-polarised sociopolitical landscape (read “fun” age—see what she did there?). Reid also has a sterling ear for writing dialogue, be it in describing the lively exchanges between Emira and her friends in black vernacular, or the kid-friendly tone when Emira is dealing with Briar (Reid was a babysitter before she became a writer and that experience probably came in handy).

On the whole, the novel is charming and skirts the edges of cliché but pulls back from the brink to provide a refreshing take on the rather well-used life-as-a-minority trope. There is a verve to her writing style that can be aggressive and tender in equal measure, and she expertly weaves in nuanced observations of race and modern life that are alternately funny, cutting and wry. There is a concern that the subject matter of the novel may be too localised to be relatable to readers who are neither young nor American, but Reid is talented enough of a writer to spin a compelling yarn all the same. The characters, especially the white ones, also seemed a little one-dimensional with little self-awareness, but perhaps that depiction is also a deliberate one.