Welcome to the New World: Winner of the Pulitzer Prize

A story about ordinary people navigating a strange land, in even stranger times. On the eve of the US elections, a Syrian family leave their world behind for a chance at the American dream. But as the first day of their new life dawns, they are greeted by the news of Donald Trump’s victory.

It’s as if they arrived in one country, and woke up in another. What does that mean for their past, their future… their home? Welcome to the New World began as a ground-breaking comic strip in the New York Times.

Every week, the Aldabaan family’s experiences would be retold as a cartoon strip – keeping step as events unfolded in real life. One Pulitzer Prize later, this stunning graphic novel fills in the gaps, gradually revealing an America which is full of contradictions: foreign yet familiar, ignorant but kind, cruel yet generous. It’s also an intimate portrait of family dynamics and everyday fortitude, from the first day at a new school to getting a new job (any job!) against the clock.

It seems that if you can’t turn back, the only way to go is onwards. 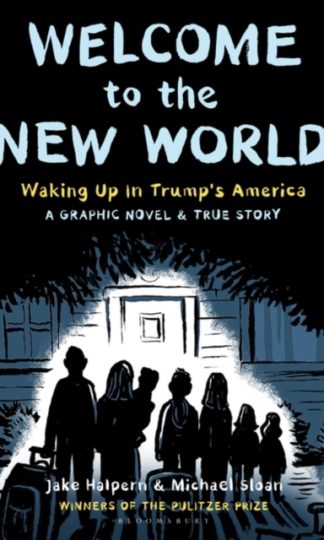 You're viewing: Welcome to the New World: Winner of the Pulitzer Prize RM102.90
Add to cart
Join Waitlist We'll alert you as soon as the product comes back in stock! Please leave your email address and quantity sought in the fields below.