Set entirely on one day, 16 June 1904, Ulysses follows Leopold Bloom and Stephen Daedalus as they go about their daily business in Dublin. From this starting point, James Joyce constructs a novel of extraordinary imaginative richness and depth. Unique in the history of literature, Ulysses is one of the most important and enjoyable works of the twentieth century. After its first publication in Paris in 1922, Ulysses was published in Great Britain by The Bodley Head in 1936. These editions, as well as the subsequent resettings of 1960 in Great britain and of 1961 in the US, included an increasing number of transmission and printing errors. In 1977 a team of scholars, led by Professor Hans Walter Gabler, began to study manuscript evidence, typescripts and proofs in an attempt to reconstruct Joyce’s creative process in order to come up with a more accurate text. This edition uses the revised 1993 text of Gabler’s version. 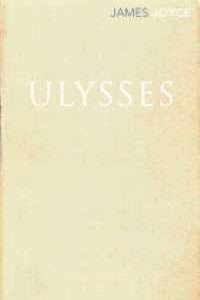 You're viewing: Ulysses RM54.90
Add to cart
Join Waitlist We'll alert you as soon as the product comes back in stock! Please leave your email address and quantity sought in the fields below.