The Hugo Award winner and winner of the 2018 Arthur C. Clarke Award for Imagination in Service to Society. 1967: Ye Wenjie witnesses Red Guards beat her father to death during China’s Cultural Revolution. This singular event will shape not only the rest of her life but also the future of mankind.

Four decades later, Beijing police ask nanotech engineer Wang Miao to infiltrate a secretive cabal of scientists after a spate of inexplicable suicides. Wang’s investigation will lead him to a mysterious online game and immerse him in a virtual world ruled by the intractable and unpredictable interaction of its three suns.

‘Cixin’s trilogy is SF in the grand style, a galaxy-spanning, ideas-rich narrative of invasion and war’ Guardian.

‘Wildly imaginative, really interesting … The scope of it was immense’ Barack Obama, 44th President of the United States. 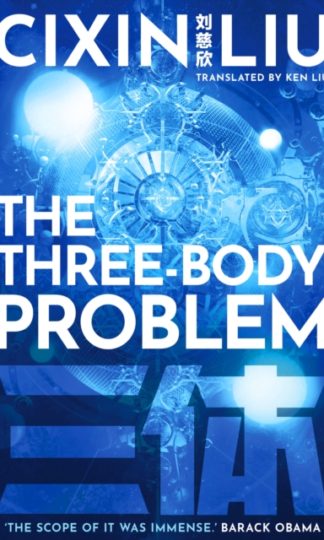 You're viewing: Three-Body Problem RM52.90
Add to cart
Join Waitlist We'll alert you as soon as the product comes back in stock! Please leave your email address and quantity sought in the fields below.