“Many years have now gone by, and jealousy compels me to keep her name a secret, even from my readers. But I must provide a full and truthful account of what happened.”

It is mid-1980s Istanbul and Master Mahmut and his apprentice use ancient methods to dig wells – they are desperate to find water in a barren land. This is the tale of their struggle, but it is also a deeper investigation – through mesmerising stories and images – into Pamuk’s prevailing themes: fathers and sons, the state and individual freedom, reading and seeing.

It is also a richly literary work: The Red-Haired Woman borrows from the tradition of the French conte philosophique and asks probing questions of ethics and of the role of art in our lives. It is both a short, realist text investigating a murder which took place thirty years ago near Istanbul – and a fictional inquiry into the literary foundations of civilizations, comparing two fundamental myths of the West and the East respectively: Sophocles’s Oedipus Rex (a story of patricide) and Ferdowsi’s tale of Rostam and Sohrab (a story of filicide).

The Red-Haired Woman is a masterful and mesmerising work which further confirms Orhan Pamuk as one of our greatest novelists. 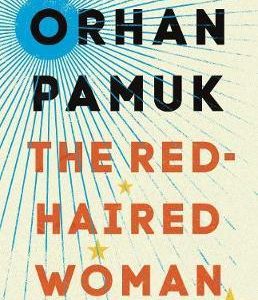 You're viewing: The Red-Haired Woman RM75.50
Add to cart
Join Waitlist We'll alert you as soon as the product comes back in stock! Please leave your email address and quantity sought in the fields below.