The Once And Future King (Penguin Galaxy Series)

T. H. White’s masterful retelling of the saga of King Arthur is a fantasy classic as legendary as the sword Excalibur and city of Camelot that are found within its pages. This magical epic takes Arthur from the glorious lyrical phase of his youth, through the disillusioning early years of his reign, to maturity when his vision of the Round Table develops into the search for the Holy Grail, and finally to his weary old age. With memorable characters like Merlin and Owl and Guinevere, beasts who talk and men who fly, wizardry and war, The Once and Future King has become the fantasy masterpiece against which all others are judged, a poignant story of adventure, romance, and magic that has enchanted readers for generations. 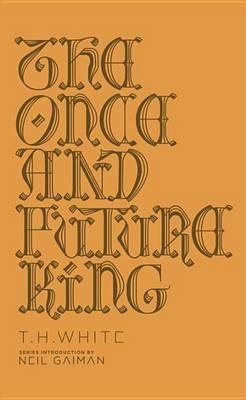 You're viewing: The Once And Future King (Penguin Galaxy Series) RM188.00
Add to cart
Join Waitlist We'll alert you as soon as the product comes back in stock! Please leave your email address and quantity sought in the fields below.