Why was gin and tonic the cocktail of choice for British colonists in India and Africa? What does Starbucks have to thank for its global domination? What was George Washington’s secret weapon at the Battle of Yorktown? What has protected the lives of Popes for millennia? The answer to all of these questions is the mosquito. She (only females bite) has killed 52 billion of the 108 billion humans throughout our existence, nearly half of all human beings who have ever lived. Across our planet since the dawn of mankind, this nefarious pest, roughly the size and weight of a grape seed, has been at the frontlines of history as the grim reaper of death, the harvester of human populations, and the ultimate agent of historical change. As the mosquito transformed the landscapes of civilization, humans were unwittingly required to respond to its piercing impact and universal projection of power. The Mosquito is the extraordinary, untold story of the mosquito’s reign through human history and her indelible impact on our modern world order. Were it not for the mosquito, America, Britain, and numerous other nations would not exist in their present form, and the victors of countless wars would have otherwise been defeated. Timothy Winegard takes us on a fascinating and delightful journey through the annals of human history, showing us just how much we owe our existence to the lowly mosquito. No other animal has transformed human civilization and evolution so profoundly, and no other book has told this epic story from a global perspective. 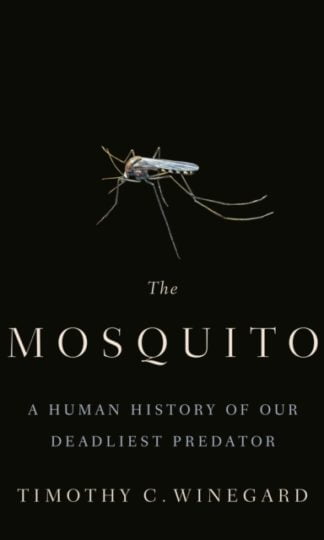 You're viewing: The Mosquito RM59.90
Add to cart
Join Waitlist We'll alert you as soon as the product comes back in stock! Please leave your email address and quantity sought in the fields below.