Will you, dear Shareholder, set Athena free? Athena Rao must reckon with the memory of her father, King Rao – literally. Through biotechnological innovation, he has given her his memories. His Dalit childhood on an Indian coconut plantation in the 1950s is as alive to her as her own existence in a prison cell, accused of her father’s murder. Egocentric, brilliant, a little damaged, King Rao had a visionary idea: the personal computer known as the Coconut. His wife, Margie, was an artist with a marketing genius. Together they created a new world order, led by a corporate-run government. Athena’s future is now in the hands of its Shareholders – unless she can rejoin the Exes, a resistance group sustaining tech-free lifestyles on low-lying islands. Lyrical, satirical and profound, The Immortal King Rao obliterates genre to confront the digital age. This gripping, brilliant debut poses an urgent question: can anyone – peasant laborers, convention-destroying entrepreneurs, radical anarchists, social-media followers – ever get free? 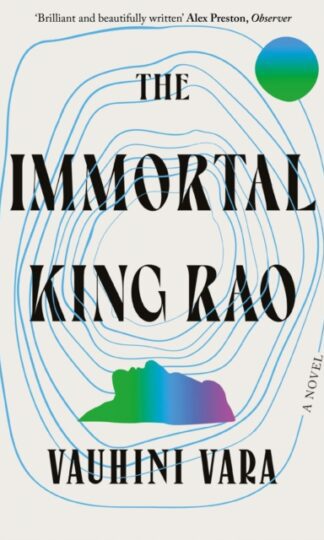 You're viewing: The Immortal King Rao RM89.90
Add to cart
Join Waitlist We'll alert you as soon as the product comes back in stock! Please leave your email address and quantity sought in the fields below.