The Hitchhiker’s Guide to the Galaxy

One Thursday lunchtime Earth is unexpectedly demolished to make way for a new hyperspace bypass. For Arthur Dent, who has only just had his house demolished that morning, this is already more than he can cope with. Sadly, however, the weekend has only just begun.

And the Galaxy is a very, very large and startling place indeed … The Hitch Hiker’s Guide to the Galaxy became a massive cult success when it was first published and continues to sell all over the world. It introduced such memorable characters as Arthur Dent, Marvin the Paranoid Android, Zaphod Beeblebrox and, of course, the Vogons, and remains one of the funniest, most irreverent and entertaining novels ever. 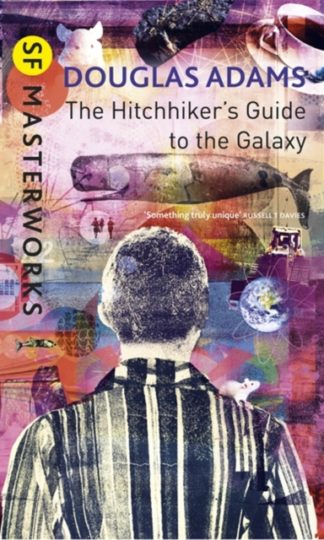 You're viewing: The Hitchhiker’s Guide to the Galaxy RM84.90
Add to cart
Join Waitlist We'll alert you as soon as the product comes back in stock! Please leave your email address and quantity sought in the fields below.