Pablo Neruda (1904-73) was the greatest Latin American poet of the 20th century. A prolific, inspirational poet, he wrote many different kinds of poems covering a wide range of themes, notably love, death, grief and despair. His poetry celebrates the dramatic Chilean landscape and rages against the exploitation of his people, for whom he became a national hero. He was awarded the Nobel Prize in Literature in 1971 for ‘a poetry that with the action of an elemental force brings alive a continent’s destiny and dreams’. This book presents fifty of his most essential poems in dynamic new translations, the result of an unprecedented collaboration between a team of poets, translators and leading Neruda scholars who came together to revisit or completely retranslate the poems. Also including some previously untranslated works, this bilingual edition sets the standard for a general, high-quality introduction to Neruda’s complete oeuvre. The Essential Neruda includes translations by Mark Eisner, John Felstiner, Forrest Gander, Robert Hass, Jack Hirschman, Stephen Kessler, Stephen Mitchell and Alastair Reid, with an introduction by Mark Eisner and a foreword by Lawrence Ferlinghetti. 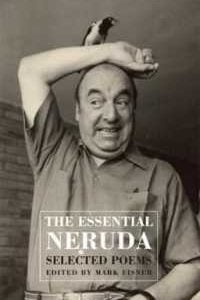 You're viewing: The Essential Neruda: Selected Poems RM79.90
Add to cart
Join Waitlist We'll alert you as soon as the product comes back in stock! Please leave your email address and quantity sought in the fields below.