The Disappearance Of Emile Zola

Pronounced guilty of libel and sentenced to a year in prison, novelist Emile Zola went on the run.

Zola’s crime had been to defend a wrongly convicted man, in what became known as the Dreyfus Affair. Fleeing the French state with just hours to spare he ended up living in the suburbs of south London unable to speak a word of English. Michael Rosen brings to life the sleepy world of late Victorian suburbia, Zola’s turbulent politics and his tangled private life. Desperate to write a novel, he was also trying to balance the extremely delicate matter of the two women in his life – one the mother of his children, the other his wife.

The Disappearance of Emile Zola is the incredible true story of a writer’s personal bravery in the face of the greatest political scandal of the age. 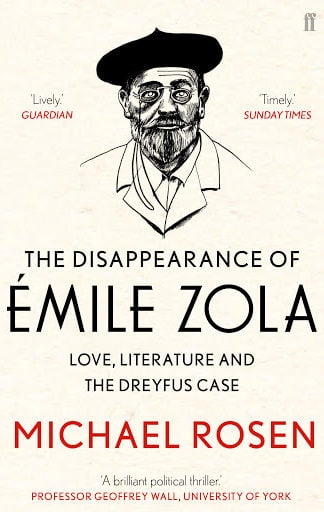 You're viewing: The Disappearance Of Emile Zola RM57.95
Add to cart
Join Waitlist We'll alert you as soon as the product comes back in stock! Please leave your email address and quantity sought in the fields below.