Wallace’s Malay Archipelago is a classic account of the travels of a Victorian naturalist through island Southeast Asia. It has been loved by readers ever since its publication in 1869. Despite numerous modern reprints with appreciative introductions, this is the first – and long overdue – annotated edition in English.

This edition explains, updates and corrects the original text with an historical introduction and hundreds of explanatory notes. Wallace left hundreds of people, places, publications and species unidentified. He referred to most species only with the scientific name current at the time.

Whenever available, the common names for species have been provided, and scientific names updated. The content of the book has never been thoroughly analysed and compared against other contemporary sources. It turns out that the book contains many errors.

This includes not just incorrect dates and place names but some of the most remarkable anecdotes; for example, the dramatic claim that tigers “”kill on an average a Chinaman every day”” in Singapore or that a Dutch Governor General committed suicide by leaping from a waterfall on Celebes. By correcting the text of the Malay Archipelago against Wallace’s letters and notebooks and other contemporary sources and by enriching it with modern identifications this edition reveals Wallace’s work as never before. 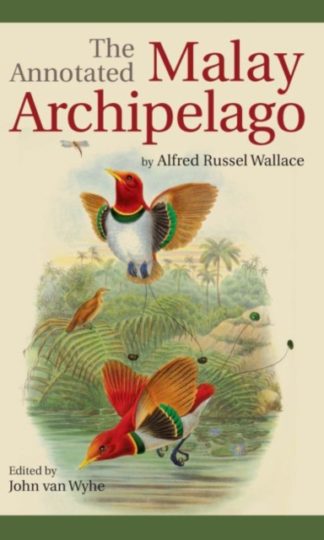 You're viewing: The Annotated Malay Archipelago RM80.00
Add to cart
Join Waitlist We'll alert you as soon as the product comes back in stock! Please leave your email address and quantity sought in the fields below.