A beautiful new limited edition paperback of Snow Falling on Cedars, published as part of the Bloomsbury Modern Classics list

He saw the soft cedars of San Piedro Island, its high, rolling hills, the low mist that lay in long streamers against its beaches, the whitecaps riffling its shoreline. The moon had risen already behind the island – a quarter moon, pale and indefinite, as ethereal and translucent as the wisps of cloud that travelled the skies.

A fisherman is found dead in the net of his boat off the coast of a North American island. When a local Japanese-American man is charged with his murder, it becomes clear that what is at stake is more than one man’s guilt. For on San Piedro, memories grow as thickly as cedar trees – memories of a charmed romance between a white boy and a Japanese girl.

Above all, the island is haunted by what happened to its Japanese residents during the Second World War, when an entire community was sent into exile while its neighbours watched. 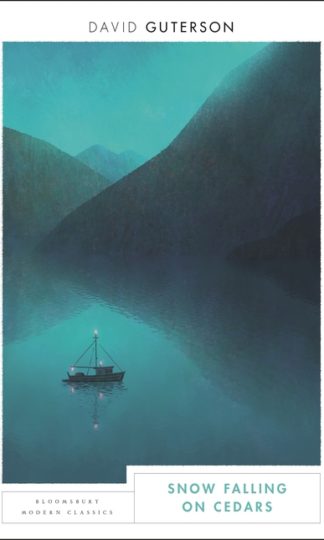 You're viewing: Snow Falling on Cedars RM55.90
Add to cart
Join Waitlist We'll alert you as soon as the product comes back in stock! Please leave your email address and quantity sought in the fields below.