From creator Eldo Yoshimizu comes a stunning manga which tells the tale of Ryuko, a fierce woman of the Yakuza thirsty for revenge. Both Ryuko volumes are now collected into this one must-buy box set complete with three exclusive artcards. A must for manga fans! Ryuko is a hard-hitting, motorcycle-riding, high ranking member of the Japanese mafia stationed in the Middle-East. After a fierce battle with the government, she becomes embroiled with a mysterious terrorist organisation. But things become personal for Ryuko when her mother is kidnapped… Ryuko captures all the tropes and typical elements of a Japanese crime thriller and turns it all on its head! 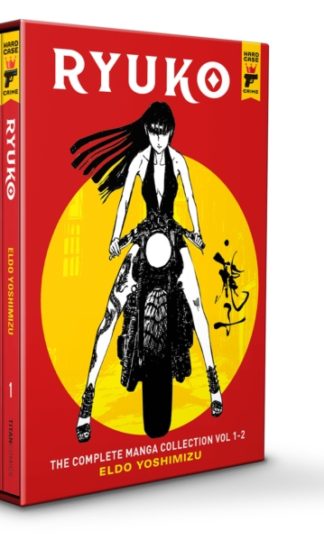 You're viewing: Ryuko Vol. 1 and 2 Boxed Set RM149.90
Add to cart
Join Waitlist We'll alert you as soon as the product comes back in stock! Please leave your email address and quantity sought in the fields below.