Four twenty-somethings share an apartment in Tokyo. In Parade each tells their story: their lives, their hopes and fears, their loves, their secrets. Kotomi waits by the phone for a boyfriend who never calls.

Ryosuke wants someone that he can’t have. Mirai spends her days drawing and her nights hanging out in gay bars. Naoki works for a film company, and everyone treats him like an elder brother.

Then Satoru turns up. He’s eighteen, homeless, and does night work of a very particular type. In the next-door apartment something disturbing is going on.

And outside, in the streets around their apartment block, there is violence in the air. From the writer of the cult classic Villain, Parade is a tense, disturbing, thrilling tale of life in the city. 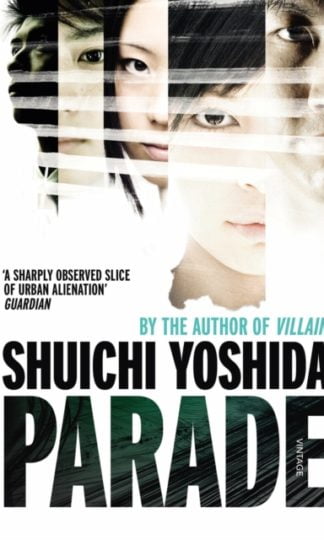 You're viewing: Parade RM49.90
Add to cart
Join Waitlist We'll alert you as soon as the product comes back in stock! Please leave your email address and quantity sought in the fields below.