The most beloved Iranian novel of the twentieth century

“God forbid, I’ve fallen in love with Layli!” So begins the farce of our narrator’s life, one spent in a large extended Iranian family lorded over by the blustering, paranoid patriarch, Dear Uncle Napoleon. When Uncle Napoleon’s least-favorite nephew falls for his daughter, Layli, family fortunes are reversed, feuds fired up and resolved, and assignations attempted and thwarted.

First published in Iran in the 1970s and adapted into a hugely successful television series, this beloved novel is now “Suggested Reading” in Azar Nafisi’s Reading Lolita in Tehran. My Uncle Napoleon is a timeless and universal satire of first love and family intrigue. 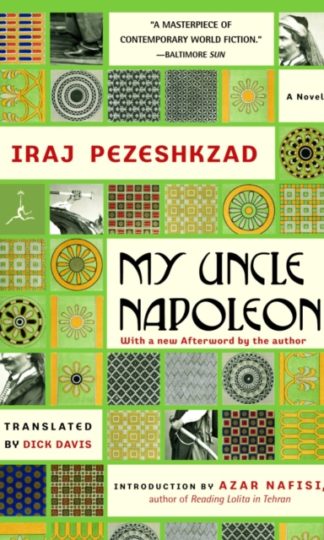 You're viewing: My Uncle Napoleon RM79.95
Add to cart
Join Waitlist We'll alert you as soon as the product comes back in stock! Please leave your email address and quantity sought in the fields below.