Logic of Sense is one of Deleuze’s seminal works. First published in 1969, shortly after Difference and Repetition, it prefigures the hybrid style and methods he would use in his later writing with Felix Guattari. In an early review Michel Foucault wrote that Logic of Sense ‘should be read as the boldest and most insolent of metaphysical treatises’. The book is divided into 34 ‘series’ and five appendices covering a diverse range of topics including, sense, nonsense, event, sexuality, psychoanalysis, paradoxes, schizophrenia, literature and becoming and includes fascinating close textual readings of works by Lewis Carroll, Sigmund Freud, Seneca, Pierre Klossowski, F. Scott Fitzgerald, and Emile Zola. Logic of Sense is essential reading for anyone interested in post-war continental thought. 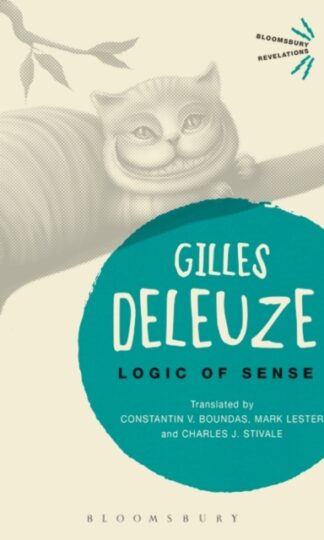 You're viewing: Logic Of Sense RM104.50
Add to cart
Join Waitlist We'll alert you as soon as the product comes back in stock! Please leave your email address and quantity sought in the fields below.