Letters from a Stoic: The Ancient Classic

Since Roman antiquity, Lucius Annaeus Seneca’s Letters have been one of the greatest expressions of Stoic philosophy. In a highly accessible and timeless way, Seneca reveals the importance of cultivating virtue and the fleeting nature of time, and how being clear sighted about death allows us to live a life of meaning and contentment. Letters from a Stoic continues to fascinate and inspire new generations of readers, including those interested in mindfulness and psychological techniques for well-being.

This deluxe hardback selected edition includes Seneca’s first 65 letters from the Richard M. Gummere translation. An insightful introduction by Donald Robertson traces Seneca’s busy life at the centre of Roman power, explores how he reconciled his Stoic outlook with vast personal wealth, and highlights Seneca’s relevance for the modern reader. 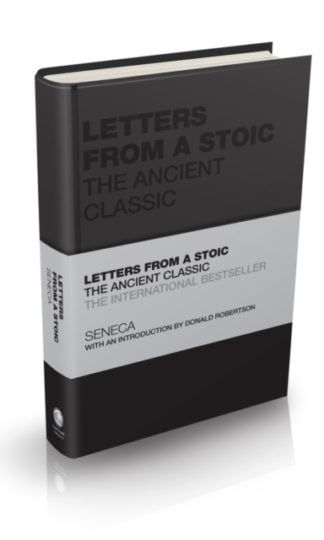 You're viewing: Letters from a Stoic: The Ancient Classic RM69.90
Add to cart
Join Waitlist We'll alert you as soon as the product comes back in stock! Please leave your email address and quantity sought in the fields below.