WINNER OF THE BIG BOOK AWARD, THE YASNAYA POLYANA AWARD & THE READ RUSSIA AWARD *A NEW STATESMAN BOOK OF THE YEAR 2016* Fifteenth-century Russia It is a time of plague and pestilence, and a young healer, skilled in the art of herbs and remedies, finds himself overcome with grief and guilt when he fails to save the one he holds closest to his heart. Leaving behind his village, his possessions and his name, he sets out on a quest for redemption, penniless and alone. But this is no ordinary journey: wandering across plague-ridden Europe, offering his healing powers to all in need, he travels through ages and countries, encountering a rich tapestry of wayfarers along the way. Accosted by highwaymen, lynched in Yugoslavia and washed overboard at sea, he eventually reaches Jerusalem, only to find his greatest challenge is yet to come. Winner of two of the biggest literary prizes in Russia, Laurus is a remarkably rich novel about the eternal themes of love, loss, self-sacrifice and faith, from one of the country’s most experimental and critically acclaimed novelists. 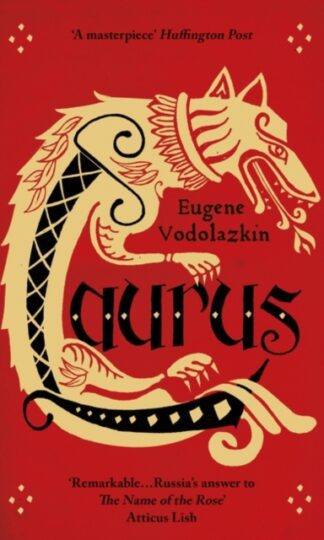 You're viewing: Laurus RM64.90
Add to cart
Join Waitlist We'll alert you as soon as the product comes back in stock! Please leave your email address and quantity sought in the fields below.