Laundromat: Inside the Panama Papers, Illicit Money Networks, and the Global Elite

This network masks the identities of the individuals who benefit, aided by bankers, lawyers, and auditors who get paid to look the other way. In The Laundromat, Pulitzer Prize-winning investigative reporter Jake Bernstein explores this shadow economy and how it evolved, drawing on millions of leaked documents from the files of the Panamanian law firm Mossack Fonseca – a trove now known as the Panama Papers – as well as other journalistic and government investigations. Bernstein shows how shell companies operate, how they allow the superwealthy and celebrities to escape taxes, and how they provide cover for illicit activities on a massive scale by crime bosses and corrupt politicians across the globe.

The Laundromat offers a disturbing and sobering view of how the world really works and raises critical questions about financial and legal institutions we may once have trusted. 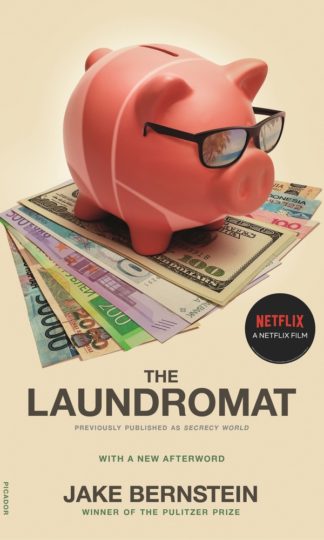 You're viewing: Laundromat: Inside the Panama Papers, Illicit Money Networks, and the Global Elite RM58.90
Add to cart
Join Waitlist We'll alert you as soon as the product comes back in stock! Please leave your email address and quantity sought in the fields below.