‘A highly entertaining story of literary friendship, epic legal battles and cultural politics centred on one of the most enigmatic writers of the 20th century’ Financial Times

When Franz Kafka died in 1924, his friend Max Brod could not bring himself to fulfil the writer’s last instruction: to burn his remaining manuscripts. Instead, Brod took them with him to Palestine in 1939, and devoted the rest of his life to editing and canonizing Kafka’s work. By betraying his last wish, Brod twice rescued his legacy – first from physical destruction, and then from obscurity.

In Kafka’s Last Trial, Benjamin Balint offers a gripping account of the contest for ownership that followed, ending in Israeli courts with a controversial trial – brimming with legal, ethical, and political dilemmas – that would determine the fate of Kafka’s manuscripts. This is at once a biographical portrait of a literary genius, and the story of two countries whose national obsessions with overcoming the traumas of the past came to a head in a hotly contested trial for the right to claim the literary legacy of one of our modern masters. 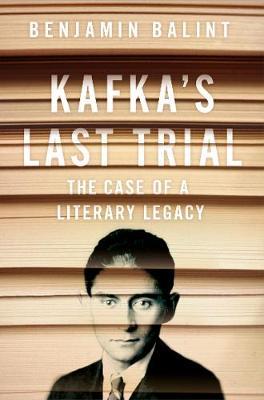 You're viewing: Kafka’s Last Trial RM52.50
Add to cart
Join Waitlist We'll alert you as soon as the product comes back in stock! Please leave your email address and quantity sought in the fields below.