John Dies At The End

On the street they call it Soy Sauce – it’s a drug that promises an out-of-body experience with each hit, and lets users drift across time and dimensions. But some who come back are no longer human. Suddenly, a silent otherworldly invasion is underway, and mankind needs a hero. What it gets instead is John and David, a pair of college dropouts who can barely hold down jobs. Can these two stop the oncoming horror in time to save humanity? No. No, they can’t…Originally released as an online serial where it received over 70,000 downloads, “John Dies at the End” has been described as a ‘Horrortacular’, an epic of ‘spectacular’ horror that combines the laugh-out-loud humor of the best R-rated comedy with the darkest terror of H.P. Lovecraft. Hilarious, terrifying, engaging and wrenching, “John Dies at the End” takes us for a wild ride with two slackers from the Midwest who really have better things to do with their time than prevent the apocalypse. 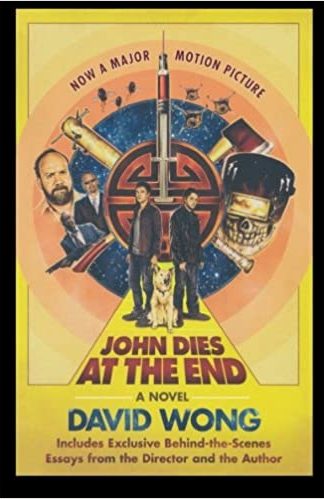 You're viewing: John Dies At The End RM82.90
Add to cart
Join Waitlist We'll alert you as soon as the product comes back in stock! Please leave your email address and quantity sought in the fields below.