Helgoland: The Strange and Beautiful Story of Quantum Physics

In June 1925, twenty-three-year-old Werner Heisenberg, suffering from hay fever, had retreated to the treeless, wind-battered island of Helgoland in the North Sea in order to think. Walking all night, by dawn he had wrestled with an idea that would transform the whole of science and our very conception of the world. In Helgoland Carlo Rovelli tells the story of the birth of quantum physics and its bright young founders who were to become some of the most famous Nobel winners in science.

It is a celebration of youthful rebellion and intellectual revolution. An invitation to a magical place. Here Rovelli illuminates competing interpretations of this science and offers his own original view, describing the world we touch as a fabric woven by relations.

Where we, as every other thing around us, exist in our interactions with one another, in a never-ending game of mirrors. A dazzling work from a celebrated scientist and master storyteller, Helgoland transports us to dizzying heights, reminding us of the many pleasures of the life of the mind. Translated by Erica Segre and Simon CarnellChosen as a Book of the Year by The Times, Financial Times, Sunday Times, Guardian and Prospect 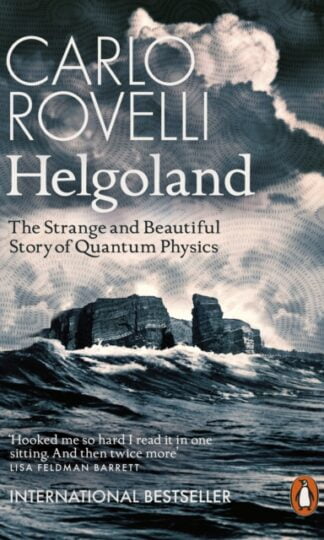 You're viewing: Helgoland: The Strange and Beautiful Story of Quantum Physics RM63.95
Add to cart
Join Waitlist We'll alert you as soon as the product comes back in stock! Please leave your email address and quantity sought in the fields below.