Funny You Should Ask

“You will absolutely devour this book. It’s filled with delightful banter, hot romance, and a love story that’s worthy of the big screen.”–  Kate Spencer, author of In a New York Minute and host of Forever35

Then. Twenty-something writer Chani Horowitz is stuck. While her former MFA classmates are nabbing high-profile book deals, all she does is churn out puff pieces. Then she’s hired to write a profile of movie star Gabe Parker: her number one celebrity crush and the latest James Bond. All Chani wants to do is keep her cool and nail the piece. But what comes next proves to be life changing in ways she never saw coming, as the interview turns into a whirlwind weekend that has the tabloids buzzing–and Chani getting closer to Gabe than she had planned. <p/>Now. Ten years later, after a brutal divorce and a healthy dose of therapy, Chani is back in Los Angeles as a successful writer with the career of her dreams. Except that no matter what new essay collection or online editorial she’s promoting, someone always asks about The Profile. It always comes back to Gabe. So when his PR team requests that they reunite for a second interview, she wants to say no. She wants to pretend that she’s forgotten about the time they spent together. But the truth is that Chani wants to know if those seventy-two hours were as memorable to Gabe as they were to her. And so . . . she says yes.

Alternating between their first meeting and their reunion a decade later, this deliciously irresistible novel will have you hanging on until the last word. 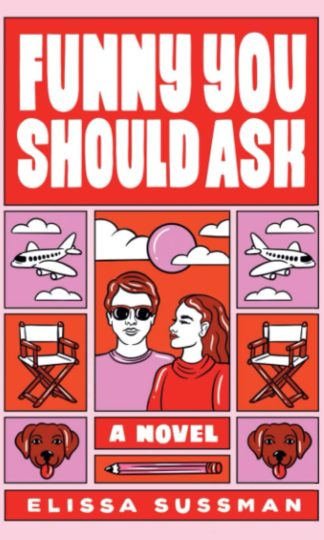 You're viewing: Funny You Should Ask RM79.95
Add to cart
Join Waitlist We'll alert you as soon as the product comes back in stock! Please leave your email address and quantity sought in the fields below.