Faces In The Water (Virago40)

Janet Frame’s luminous words are the more precious because they were snatched from the jaws of the disaster of her early life . . . and yet to read her is no more difficult than breathing’ Hilary Mantel When Janet Frame’s doctor suggested that she write about her traumatic experiences in mental institutions in order to free herself from them, the result was Faces in the Water, a powerful and poignant novel. Istina Mavet descends through increasingly desolate wards, with the threat of leucotomy ever present. As she observes her fellow patients, long dismissed by hospital staff, with humour and compassion, she reveals her original and questing mind. This riveting novel became an international classic, translated into nine languages, and has also been used as a medical school text. Books included in the VMC 40th anniversary series include: Frost in May by Antonia White; The Collected Stories of Grace Paley; Fire from Heaven by Mary Renault; The Magic Toyshop by Angela Carter; The Weather in the Streets by Rosamond Lehmann; Deep Water by Patricia Highsmith; The Return of the Soldier by Rebecca West; Their Eyes Were Watching God by Zora Neale Hurston; Heartburn by Nora Ephron; The Dud Avocado by Elaine Dundy; Memento Mori by Muriel Spark; A View of the Harbour by Elizabeth Taylor; and Faces in the Water by Janet Frame 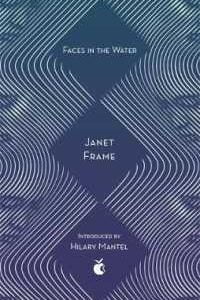 You're viewing: Faces In The Water (Virago40) RM54.90
Add to cart
Join Waitlist We'll alert you as soon as the product comes back in stock! Please leave your email address and quantity sought in the fields below.