Part of Penguin’s beautiful hardback Clothbound Classics series, designed by the award-winning Coralie Bickford-Smith, these delectable and collectible editions are bound in high-quality, colourful, tactile cloth with foil stamped into the design.

Don Quixote has become so entranced by reading romances of chivalry that he determines to become a knight errant and pursue bold adventures, accompanied by his squire, the cunning Sancho Panza. As they roam the world together, the aging Quixote’s fancy leads them wildly astray, tilting at windmills, fighting with friars, and distorting the rural Spanish landscape into a fantasy of impenetrable fortresses and wicked sorcerers. At the same time the relationship between the two men grows in fascinating subtlety. Often considered to be the first modern novel, Don Quixote is a wonderful burlesque of the popular literature its disordered protagonist is obsessed with. 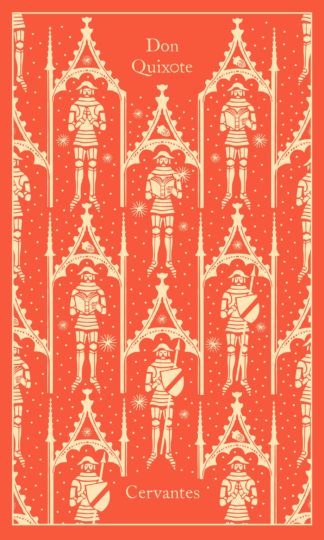 You're viewing: Don Quixote (Penguin Clothbound Classics) RM116.00
Add to cart
Join Waitlist We'll alert you as soon as the product comes back in stock! Please leave your email address and quantity sought in the fields below.