Chronicles from the Land of the Happiest People on Earth

A towering figure in world literature, Wole Soyinka aims directly at the corridors of power as he warns against corruption both of high office and of the soul, with a dazzling lightness of touch and gleeful irreverence.

Much to Doctor Menka’s horror, some cunning entrepreneur has decided to sell body parts from his hospital for use in ritualistic practices. Already at the end of his tether from the horrors he routinely sees in surgery, he shares this latest development with his oldest college friend, bon viveur, star engineer and Yoruba royal, Duyole Pitan-Payne, who has never before met a puzzle he couldn’t solve. Neither realise how close the enemy is, nor how powerful.

Chronicles from the Land of the Happiest People on Earth is at once a savagely witty whodunit, a scathing indictment of Nigeria’s political elite, and a provocative call to arms from one of the country’s most relentless political activists and an international literary giant.

MORE PRAISE FOR WOLE SOYINKA: ‘You don’t see the things the same when you encounter a voice like that’ – Toni Morrison

‘One of the best there is today, a poet and a thinker, who knows both how the world works and how the world should work’ – Chimamanda Ngozi Adichie 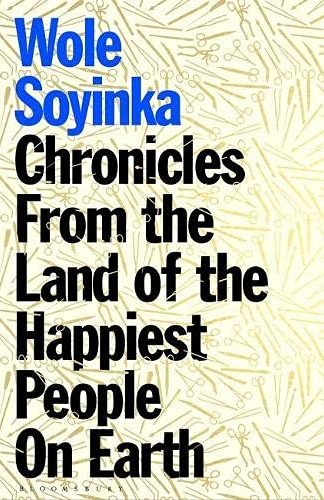 You're viewing: Chronicles from the Land of the Happiest People on Earth RM89.90
Add to cart
Join Waitlist We'll alert you as soon as the product comes back in stock! Please leave your email address and quantity sought in the fields below.