Chronicle Of The Murdered House

The book itself is strange-part Faulknerian meditation on the perversities, including sexual, of degenerate country folk; part Dostoevskian examination of good and evil and God-but in its strangeness lies its rare power, and in the sincerity and seriousness with which the essential questions are posed lies its greatness.”–Benjamin Moser, from the introduction. Long considered one of the most important works of twentieth-century Brazilian literature, Chronicle of the Murdered House is finally availablein English. Set in the southeastern state of Minas Gerais, the novel relates the dissolution of a once proud patriarchal family now represented by Timoteo, a gay scion who wanders the ancestral mansion dressed in his mother’s clothes. This downfall, peppered by stories of decadence, adultery, incest, and madness, is related through a variety of narrative devices, including letters, diaries, memoirs, statements, confessions, and accounts penned by the various characters. Lúcio Cardoso (1912-1968) turned away from the social realism fashionable in 1930s Brazil and opened the doors of Brazilian literature to introspective works such as those of Clarice Lispector-his greatest follower and admirer.”– 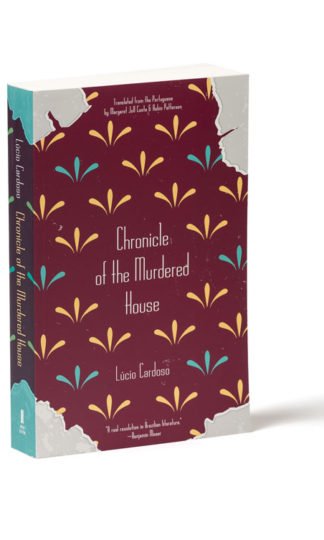 You're viewing: Chronicle Of The Murdered House RM84.90
Add to cart
Join Waitlist We'll alert you as soon as the product comes back in stock! Please leave your email address and quantity sought in the fields below.