Bloomsbury Girls: The heart-warming novel of female friendship and dreams

One bookshop. Fifty-one rules. Three women who break them all.

1950. Bloomsbury Books on London’s Lamb’s Conduit Street has resisted change for a hundred years, run by men and guided by the manager’s unbreakable rules. But after the turmoil of war in Europe, the world is changing and the women in the shop have plans.

The brilliant and stylish Vivien Lowry, still grieving her fiancé who was killed in action, has a long list of grievances, the biggest of which is Alec McDonough, the head of fiction.

Loyal Grace Perkins is torn between duty and dreams of her own while struggling to support her family following her husband’s breakdown.

Fiercely bright Evie Stone was one of the first female Cambridge students to earn a degree, but was denied an academic position in favour of a less accomplished male rival. Now she plans to remake her own future.

As these Bloomsbury Girls interact with literary figures of the time among them Daphne du Maurier, Samuel Beckett, Peggy Guggenheim, Vivien, Grace and Evie plot out a richer and more rewarding future.

‘A timely and beautiful ode to ambition, friendship, bookshops, and the written word.’ Janet Skeslien Charles, author of The Paris Library 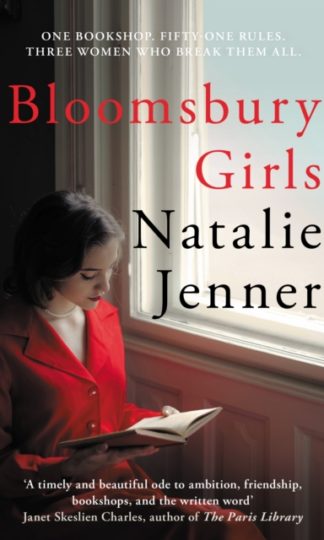 You're viewing: Bloomsbury Girls: The heart-warming novel of female friendship and dreams RM94.90
Add to cart
Join Waitlist We'll alert you as soon as the product comes back in stock! Please leave your email address and quantity sought in the fields below.