A new, feminist translation of Beowulf by the author of the much-buzzed-about novel The Mere Wife

“Brash and belligerent, lunatic and envigorating, with passages of sublime poetry punctuated by obscenities and social-media shorthand.” —Ruth Franklin, The New Yorker

“The author of the crazy-cool Beowulf-inspired novel The Mere Wife tackles the Old English epic poem with a fierce new feminist translation that radically recontextualizes the tale.”–Barbara VanDenburgh, USA Today

Nearly twenty years after Seamus Heaney’s translation of Beowulf-and fifty years after the translation that continues to torment high-school students around the world-there is a radical new verse translation of the epic poem by Maria Dahvana Headley, which brings to light elements that have never before been translated into English, recontextualizing the binary narrative of monsters and heroes into a tale in which the two categories often entwine, justice is rarely served, and dragons live among us.

A man seeks to prove himself as a hero. A monster seeks silence in his territory.

A warrior seeks to avenge her murdered son. A dragon ends it all. The familiar elements of the epic poem are seen with a novelist’s eye toward gender, genre, and history-Beowulf has always been a tale of entitlement and encroachment, powerful men seeking to become more powerful, and one woman seeking justice for her child, but this version brings new context to an old story.

While crafting her contemporary adaptation of Beowulf, Headley unearthed significant shifts lost over centuries of translation. 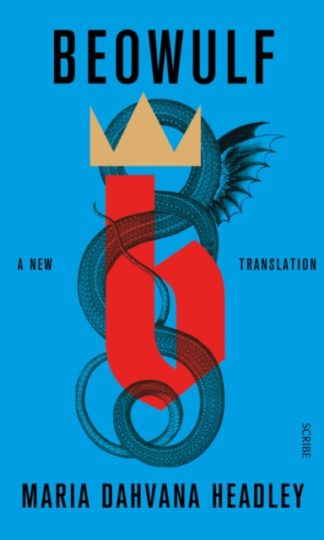 You're viewing: Beowulf: A New Translation RM62.90
Add to cart
Join Waitlist We'll alert you as soon as the product comes back in stock! Please leave your email address and quantity sought in the fields below.