The Beginning Of Philosophy

In The Beginning of Philosophy Gadamer explores the layers of interpretation and misinterpretation that have built up over 2500 years of Presocratic scholarship. Using Plato and Aristotle as his starting point his analysis moves effortlessly from Simplicius and Diogenes Laertius to the 19th-century German historicists right through to Hegel, Nietzsche and Heidegger. Gadamer shows us how some of the earliest philosophical concepts such as truth, equality, nature, spirit and being came to be and how our understanding of them today is deeply indebted to Presocratic thinkers. The book is based on a series of lectures delivered by Gadamer in 1967 which were then translated into English and edited by Gadamer for this collection. This is a major philosophical-historical work from one of the 20th century’s greatest thinkers. 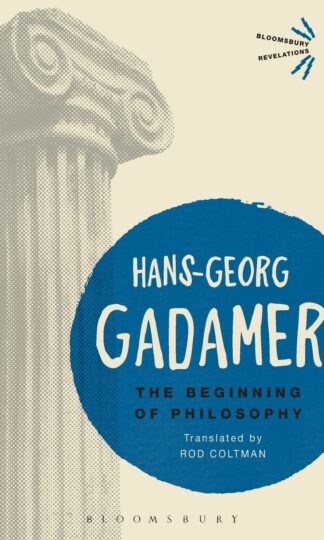 You're viewing: The Beginning Of Philosophy RM96.90
Add to cart
Join Waitlist We'll alert you as soon as the product comes back in stock! Please leave your email address and quantity sought in the fields below.