“It’s the year 1929 and Berlin is the vibrating metropolis of post-war Germany – full of bars and brothels and dissatisfied workers at the point of revolt. The strangest things happen here and the vice squad has its hands full. Gereon Rath is new in townand new to the department. Back in Cologne he was with the homicide department before he had to leave the city after firing a fatal shot. When a dead man without an identity, bearing traces of atrocious torture, is discovered, Rath sees a chance to find his way back into the homicide division. He discovers a connection with a circle of oppositional exiled Russians who try to purchase arms with smuggled gold in order to prepare a coup d’état. But there are other people trying to get hold of the gold and the guns, too. Raths finds himself up against paramilitaries and organized criminals. He falls in love with Charlotte, a typist in the homicide squad, and misuses her insider’s knowledge for his personal investigations. He gets entangled in the case more and more, dirtying his hands and eventually ending up as a suspect himself. Volker Kutscher tells the story of a lonely and fiercely determined in a city which, in all its restlessness and hedonism, appears to be astonishingly modern – and whose fate is already traced out”– 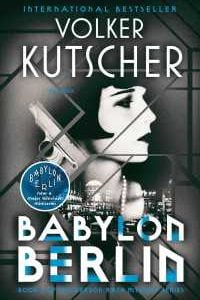 You're viewing: Babylon Berlin RM79.90
Add to cart
Join Waitlist We'll alert you as soon as the product comes back in stock! Please leave your email address and quantity sought in the fields below.