Atlas: A World of Maps from the British Library

From the publication in 1595 of the first ‘atlas’ by the Flemish cartographer Gerhard Mercator, the term has become a universally adopted title for books containing accurate, uniform and evenly spread maps of all or some of the world. This is an atlas with a difference. Few of the maps in this book could reasonably be called ‘accurate’ in the modern sense and could almost certainly not be used to plan a journey.

Yet this atlas can help us to travel in a way that regular atlases do not, because by looking at old maps and getting to know their stories we can be transported back to the times in which they were made. The generous, full-colour illustrations of each map in this large-format book range from the Klencke Atlas (1660) to Hokusai’s map of China (1840-41), from a 1682 pirate map of Guatemala to twentieth-century cartographic postcards featuring maps of Australia. Atlas is the definitive printed showcase of the British Library’s extensive and unparalleled map collection.

Originally published in hardback, Atlas: A World of Maps from the British Library is now available in paperback. 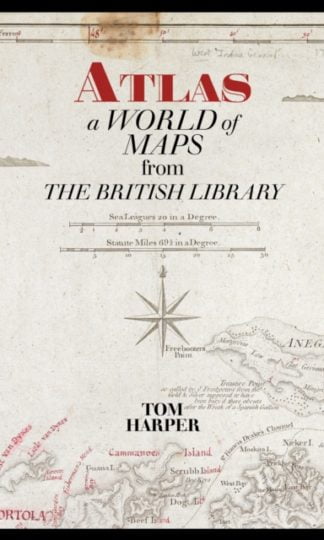 You're viewing: Atlas: A World of Maps from the British Library RM139.90
Add to cart
Join Waitlist We'll alert you as soon as the product comes back in stock! Please leave your email address and quantity sought in the fields below.