A kaleidoscopic journey deep into myth from bestselling storytelling legend Neil Gaiman, bestselling author of American Gods and Norse Mythology. A BBC Radio 4 adaptation of Anansi Boys, featuring an all-star cast lead by Lenny Henry, premiered on Christmas Day 2017 and can be listened to worldwide on iPlayer. ‘Exhilarating and terrifying’ Independent ‘A warm, funny, immensely entertaining story about the impossibility of putting up with your relations – especially if they happen to be Gods’ Susanna Clarke Fat Charlie Nancy is not actually fat.

He was fat once but he is definitely not fat now. No, right now Fat Charlie Nancy is angry, confused and more than a little scared – right now his life is spinning out of control, and it is all his dad’s fault. If his rotter of an estranged father hadn’t dropped dead at a karaoke night, Charlie would still be blissfully unaware that his dad was Anansi the spider god.

He would have no idea that he has a brother called Spider, who is also a god. And there would be no chance that said brother would be trying to take over his life, flat and fiancee, or, to make matters worse, be doing a much better job of it than him. Desperate to reclaim his life, Charlie enlists the help of four more-than-slightly eccentric old ladies and their unique brand of voodoo – and between them they unleash a bitter and twisted force to get rid of Spider.

But as darkness descends and badness begins is Fat Charlie Nancy going to get his life back in one piece or is he about to enter a whole netherworld of pain? 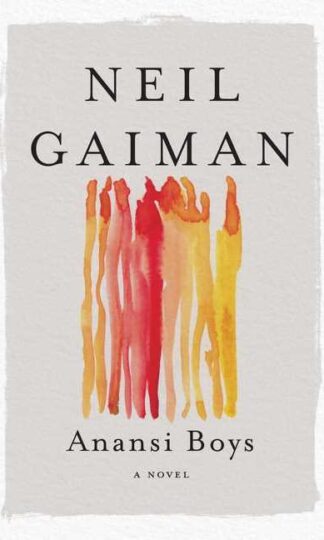 You're viewing: Anansi Boys RM79.95
Add to cart
Join Waitlist We'll alert you as soon as the product comes back in stock! Please leave your email address and quantity sought in the fields below.